Why Would You Listen to Me?

Why Would You Listen to Me? 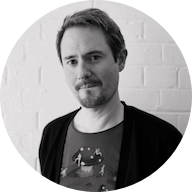 In case I look like an over-privileged white man who has never dealt with real adversity, I wanted to explain what I went through to reach this place of relative happiness and self-assurance.

I lost my mother to mental illness and suicide when I was five. I am the eldest of the four children who she left behind.

I am lucky that we had enough other advantages (white, relatively wealthy grandparents) that I was spared a life of homelessness, chronic drug addiction and crime, but if poverty had been a larger factor this could easily have been my life.

I grew up sad and empty. I was just… waiting. Counting down the days until my death, when I would be able to see my mummy again in heaven. In school I followed all the rules I was given, to the letter, but I avoided speaking. I had to be a good boy to go to heaven but I had lost the ability to trust anyone. I was ten when my wall of ice started to crack with some school friends but then we had to move across the country and I was dropped into a new school and had to start all over again. My distrust created walls that nobody could break through and the few other children I called “friends” would delight in the ease with which they could make me cry. One “friend” made it his mission to make me cry every single day. He succeeded.

The submissive, closed-off child I was in school was unrecognisable compared to who I was with my siblings. I would use manipulation and violence with my younger brothers to maintain an uninterrupted dominance until I left home at 18. I didn’t understand that I was being a bully (if I had then the “be a good person” rule might have kicked in better at home).

This was all just “normal” to me. A toxic, crowded, complicated family life. A world of fear and distrust.

I had been betrayed when I was at my most vulnerable and this had poisoned my humanity on an atomic level. On top of this, I'd lost my religion, the only thing that had kept me going in my younger years.

It wasn’t until I’d been at university for a couple of years that I started to question this “normality”. I had never even noticed that I was so sad.

The realisation that things didn’t have to be this way set me on a path to self-improvement that continues to this day.

I started with heavy-handed techniques offered by exhausted doctors - anti-depressants and occasional NHS-assigned therapists. While Prozac gave me a glimpse into the ways I could feel, it was never a sustainable solution. Nevertheless, I relied on drugs and alcohol for years. I finally got a job that suited me at 23 years old (I was still so terrified of talking on the phone that I didn’t get a job until a friend called a recruitment agency pretending to be me) and this helped me find financial stability. I was a long way from solving my real problems and continued to find it difficult to trust and connect with others, particularly women.

I was 29 years old when I first experienced what I would call true happiness. Before this I had always believed that happiness was somehow synonymous with stupidity. But I discovered that happiness leads to more happiness, the way having money leads to getting more money. Happiness frees up the mind, it’s creative, and if anything, it makes you smarter. Of course nobody can be happy all the time but I could begin to aspire to finding it sometimes, and to try to improve my overall level of contentment instead of embracing darkness and cynicism as I had done before.

The obvious first step (to me) was to start measuring my happiness, particularly as I learned how bad we are at remembering our past moods. Along with this, as I’d been working as a creative software developer for a few years, I wanted to bring a better user experience to the turgid homework exercises promoted by Cognitive Behavioural Therapy and suchlike.

Tracking my mood has given me many insights over the years. The personal insight that sticks out most, and that I feel had the largest benefit, was when I plotted my moods against time of day and day of the week.

I expected Friday night to contain lots of happy entries as I was out drinking and having fun every week. But I discovered that if I was going to have a really bad time, it would generally be a few hours into a night’s drinking. This took me by surprise but it made perfect sense once exposed. My darkest moments were being lost in a shroud of weekly alcohol-induced amnesia.

I’d never thought of alcohol as an addictive substance but once I started to look at it this way, and having quit smoking a few years earlier the same way, I decided to try quitting drinking back at the end of 2012. This was the best decision I ever made. It had a domino effect and over the next few months and years it helped me solve a cascade of other long-standing or burgeoning problems.

Nothing is plain sailing, there have always been bumps and crashes, highs and lows, and I couldn’t have figured out a lot of this without a really good therapist, but I have reached a point in my life where I’m not sure how much more I could really ask for. My relationships are healthy and open, I have meaning in my work, I have the creative outlets I need.

I’m not a mental health professional and I still consider myself pretty self-involved, but what I do have to offer is expertise in building well-designed, elegant systems, and a strong background in science. This is why I’m building what I’m building. I want to give others some of the tools that I use myself; tools helped me dig myself out of a deep dark hole of sadness and despair and to find a life of prosperity and meaning.

I have always been cautious about sharing my story and if you didn't know me well you would probably have no idea. But I feel like the work I'm doing as Good To Hear makes a lot more sense when you know my backstory. Thanks for reading.

Get your free book

Sign up for my newsletter to get weekly tips on mood tracking, happiness data analysis and forming better habits.

I will send you a copy of my eBook about mood tracking.

Why listen to me?

Why don't we know what will really make us happy? How does mood tracking help? What are "thinking errors" and why do they make us unhappy?

If you've never tracked your happiness before then you might be surprised to learn how beneficial it can be.

Enter your email address below to join my mailing list and accept the book as a thank you gift.

Why listen to me?

I respect your email address and don't spam. You can unsubscribe at any time. I won't email more than once a week.